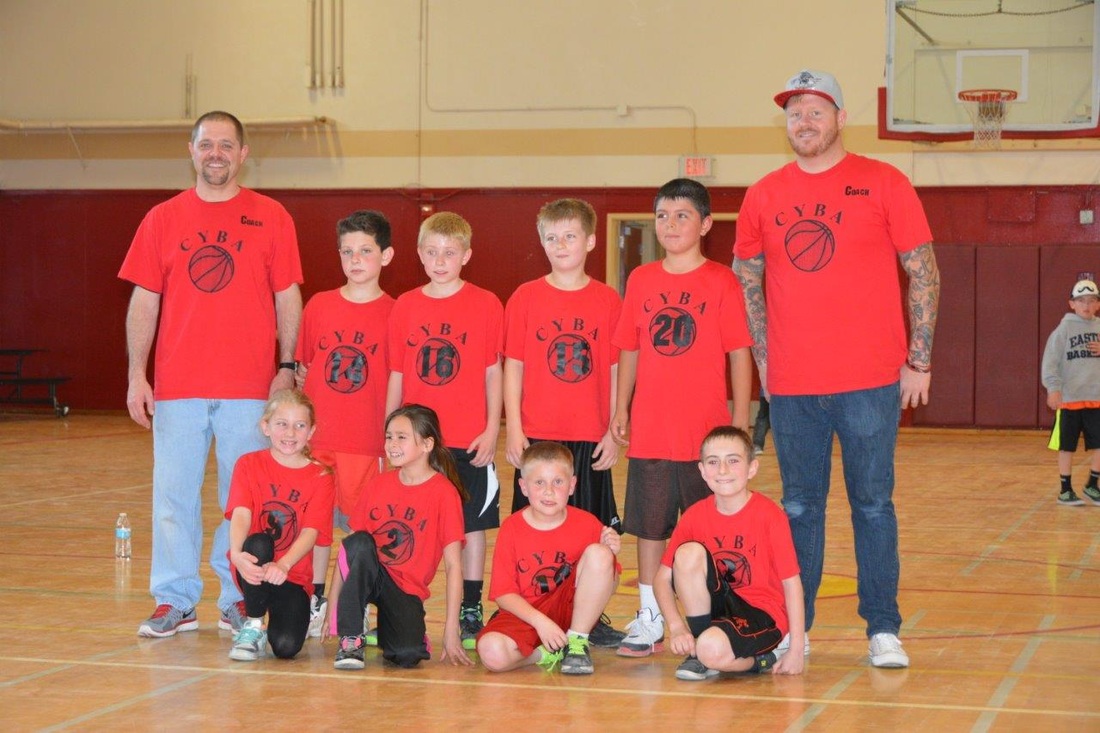 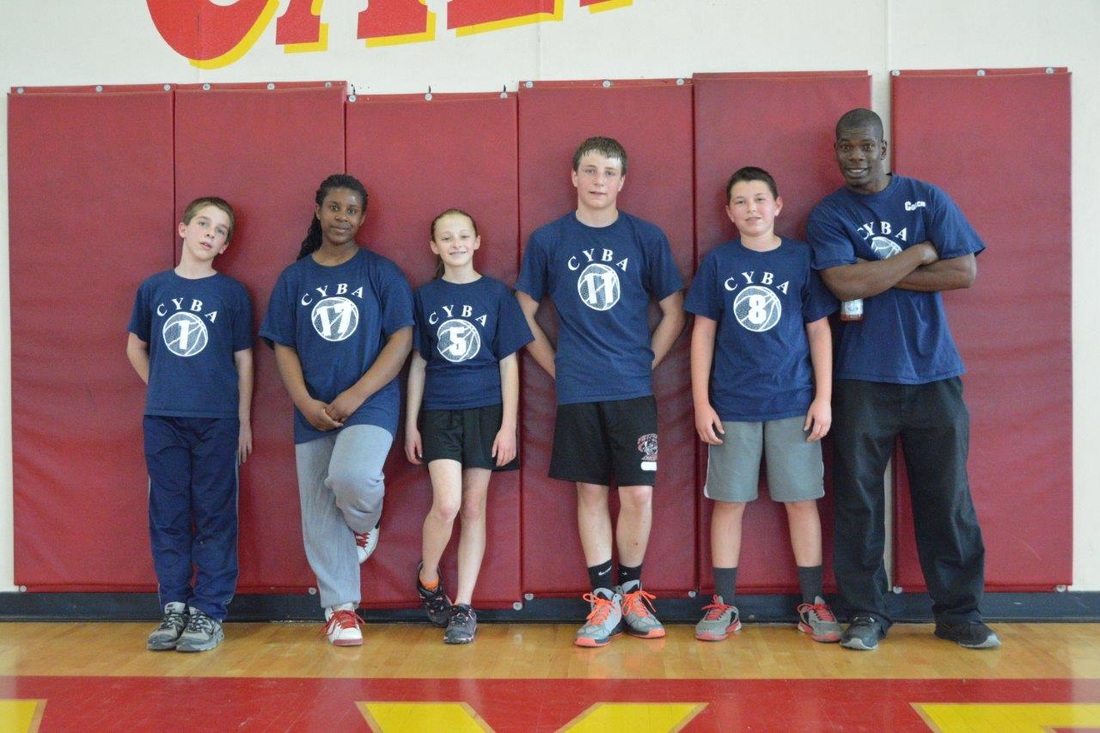 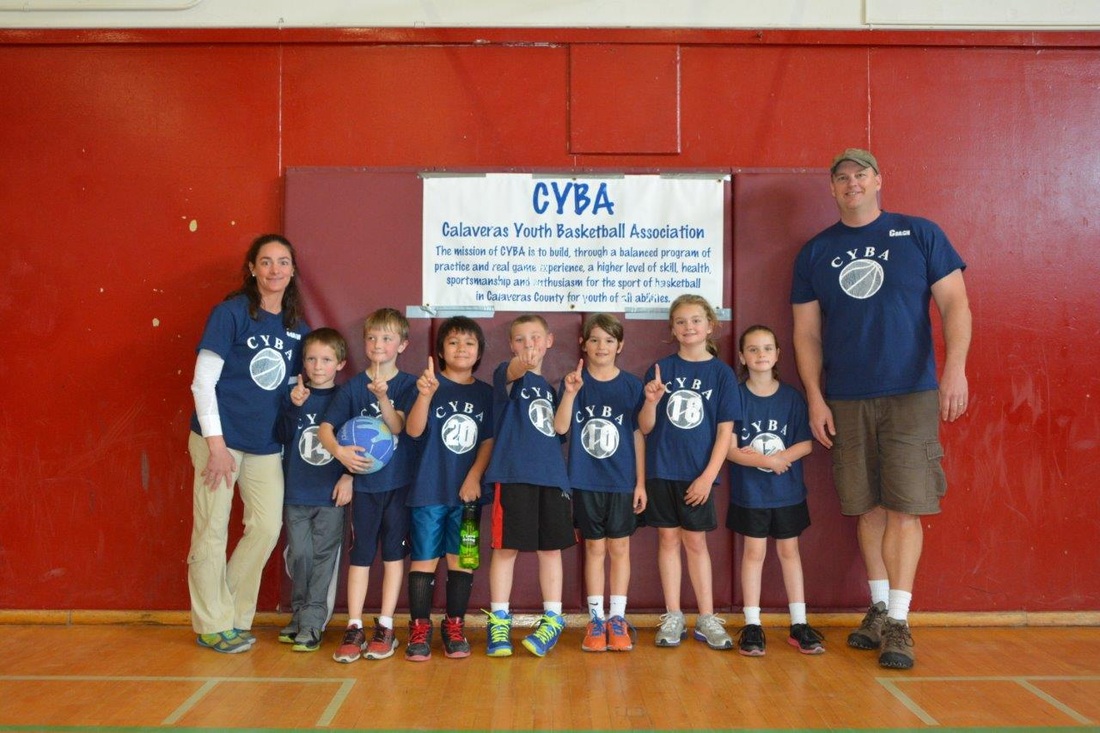 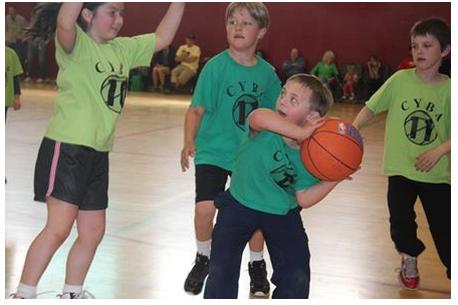 CYBA,
I haven't had a chance to share this yet but I have to tell you all I LOVE living in this community. I know I've said it before but it's true and this last Saturday was just one of the reasons. It was Colton's last basketball game. Yes, I signed him up to play this year and he loved it. He dribbles fairly well and is a pretty good shooter as long as no one bothers him and it's just him, the ball and the hoop. All season he smiled from ear to ear anytime the ball came loose from one of the other kids and came his way. If he got his hands on it....off he's go and a couple of times got of some good shots at the hoop. Never, never, never would he think about passing it in spite of us, his family members there to cheer him on, but yelling "pass it Colton, pass it." He would dribble as far as the other team would allow and then shoot. Those moments were few and far between as he didn't get the ball much but he was very content being a part of the team. Well, the very last game of the season, it was the 4th qrt and Colton was lined up to go in. Just before the qrt started I saw the coach go over and talk to the other kids playing, but didn’t include Colton in that conversation. We were losing at the time and I figured the coach was making a plan, I didn’t think anything of it because Colton usually just does what he wants to anyway. So the qrt started and I was amazed that these little 6 and 7 year old kids would get the ball on offense and start looking for Colton to pass it to. Not just once or twice but every time they got it they passed it to him and he would smile that big smile and dribble a little, run a little, yes with the ball, Hahaha - the refs were so good to him and let him play without blowing the whistle and calling him for traveling - and finally he would shoot. The crowd all around us, our parents the other teams fans and anyone else who happened to catch a glimpse of our game was cheering for my boy or at least it seemed to me like they were. Over and over this same thing happened and his team mates started trying to block the other kids to keep them away so he could shoot. It was the sweetest thing. He never did get one of his balls to fall in the hoop but the bounced all over it. The very last time he tried a defender fouled him on the shot so he got 2 points. The coach accomplished his goal…..He told me he wanted Colton to score. :0) Oh and by the way we ended up winning. When Colton shot and missed some of his team mates got the rebound and put it back up, making enough for us to win. Thank you “Team Treats” and Coach Jeff Lassen, Asst. Coach Aaron Wolin and everyone else who made this a great experience for my little boyl!!